The Once Upon a Time Book Tag

The Once Upon a Time Book Tag 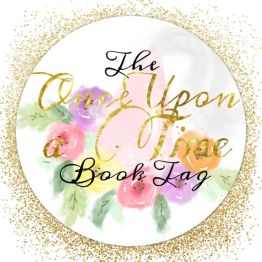 I’m doing the Once Upon a Time Book Tag, created by Lenna at Sugar Dusted Pages! I think this tag looks like a lot of fun. Also it has a gorgeous image, which isn’t the reason I’m doing it or anything, I just think it looks really pretty, and wanted to mention that.

1 – First book you remember reading to yourself

I’m assuming since the next question is about the first chapter book, this means the very first.
The first book I remember reading to myself is Beetle Bug’s Party. It’s like, a counting book, you know, one beetle has a party and he invites two bees and three fireflies and so on. It was my favourite book when I was little, mostly because it had a picture of fireworks, and they lit up, and I thought it was so cool. Now it hurts my eyes. Also the first page had a cool picture of food, and I loved looking at it.

I couldn’t tell you exactly which book, but one of the special edition Rainbow Magic fairy books*… ugh those books are sort of awful, but I loved them when I was little, and I have a very vivid memory of being so pleased with myself for reading a book with a whole fifteen chapters! Now I’m like, those books aren’t even two hundred pages long, they’re half pictures, and they have ginormous text. So not impressive. At. All.

*I might have read some of the shorter ones first, but it was a special edition one that I remember reading.

Er, I’m not really sure. Maybe the character (Mandy?) and her friend from the Animal Ark series. that was another series I loved when I was little, and I knew a bunch of things about the characters. Now I can’t even remember their names, but I loved them when I was younger. 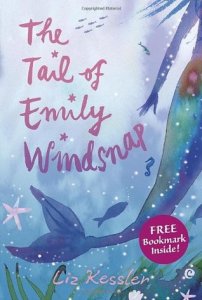 4 – First book you remember being completely sucked into

This is a hard one… I can’t really remember my reactions to books that I read more than a year or two ago… just my overall feelings about them.
Trying to name something I read a bit earlier though, I probably have to go with The Tail of Emily Windsnap by Liz Kessler, it was one of my favourite series when I was a bit younger… I probably first read it when I was eight or so. It’s the first book I’ve listed on here that I still sort of enjoy. It’s a fun read when I feel like reading something that’s middle grade. So, not very often, but it is a fun read. 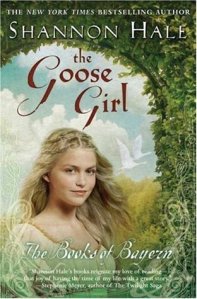 The Goose Girl, by Shannon Hale. I tried to read this when I was… ten*… and I hated it! SO! MUCH! I found it incredibly dark and violent and sad (What on earth? Because there’s, what? Three whole violent scenes in the entire book…) It was the first book I ever DNF’d. The funny thing is, I read this book again a couple months ago, out of curiosity, and it was a perfectly good book. I didn’t love it, but if anything, that’s because I was a bit too old for it. Also because the plot twist was very predictable. But, um, it was a good book. I liked it, I’d like to finish the series at some point, WHY ON EARTH DID I HATE THIS BOOK?!?!? I’m confused. 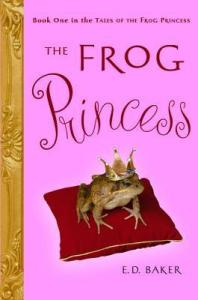 The Frog Princess,  by E. D. Baker. I’m not exactly sure when I first read this to myself, I was probably eight or nine, but I listened to an audiobook of it when I was younger. Four or five probably. I remember reading it, and thinking, I’ve read this before… When did I read this?

*I just wrote that as ^ – First boom with romkance… 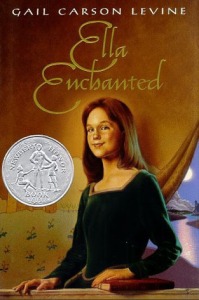 Um, I don’t really get crushes on book characters. Or on real people. So, nobody.

8 – First book from your favourite genre

I don’t know! I’ve read sooooooooo much fantasy. So I’m going to copy Lenna and say first fairytale retelling I read.  Because I love them, and I actually know what the first one I read is.
Ella Enchanted, by Gail Carson Levine. this is the book that got me into fairy tale retellings, and I love it so much. 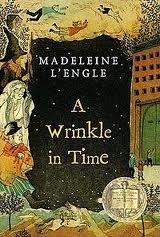 9 – First book from a genre you hate

I don’t really hate any genres… But I hated Sci-fi for a long time, so I guess I’ll go with that. (I don’t know why I hated it, I’d never actually read a sci-fi that I disliked… I was just a really strange child. )
The first sci-fi I read was A Wrinkle in Time by Madeline L’Engle, honestly it’s still one of the only sci-fi’s I’ve read… I liked A Wrinkle in Time, I just somehow ended up with a hatred of sci-fi anyways. 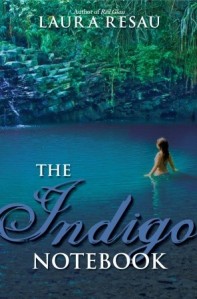 The Indigo Notebook by Laura Resau. It’s funny, because until I was thirteen, these were basically the only YA I’d read. I read this around the time I turned eight.
It’s also one of the few contemporaries that I really love. I think when I was younger I loved it partly because of the novelty of it, I was reading a big kid book, but reading them again a couple months ago, (and also finally reading the last book) I could really relate to the main character, and loved them even more than I did when I was little. 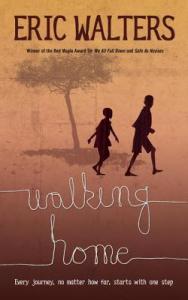 11 – First book that made you truly think

I’m sure there was earlier ones, but the first one I can remember is Walking Home by Eric Walters. It was amazing, and thought provoking. And I read it with a book club, and I always think a bit deeper about those books. But really, it was sooo good, and made me cry.

I’m not really sure… I bought half the books on my shelf, most of them in large numbers from thrift stores. I have absolutely no clue which one was first. 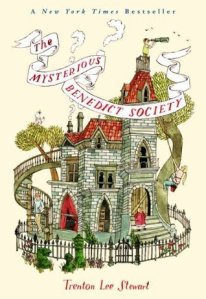 13 – First book that became a favourite

Probably The Mysterious Benedict Society, by Trenton Lee Stewart. It’s not really a book I would list if asked my favourites now, but I do love it, and it was one of my absolute favourites when I was a bit younger.

I’m going to tag: Charlotte @ Unhappy Octopus, and Amber @ The Literary Phoenix, and, um, that’s all I can think of right now…

Have you read any of the books I mentioned? Do you have any genres you hate? What was your favourite book when you were really little?