How can you tell whether something is YA or MG?

I have a really hard time with this. Yes, there’s things that make it obvious, but with some books I really can’t tell.
It’s not really that important, but I like to know which category things fall into. I just like to know every little detail about my books,* the characters eye colour, the characters middle name, the author’s name, the genre. And the age category.**

Anyways, enough about mysteries. I’m going to talk about some of the books that I just can’t decide. Also I’m hoping maybe by the end I’ll have come to a decision about what age range they fall into. Maybe. Hahaha, I’m very indecisive. 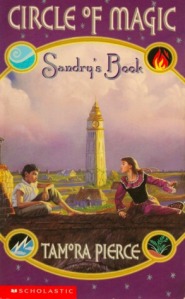 I love these books, but I can’t quite decide where they would fall. They seem a bit young for YA, but they also seem a bit old for MG. So where do they go?

Okay, I still don’t know. That didn’t help apparently.
I think they’re maybe MG, but I’m still not really sure. I’m too indecisive.

*I know, I know, I just said that like three seconds ago. 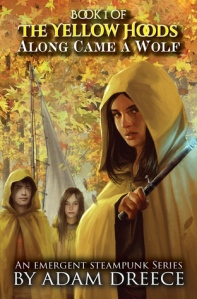 This is the series I have on the go right now. I’m pretty sure the first one is MG,* but I’m less sure about the later ones.

Looking at this, I feel like they’re probably YA, but they don’t really feel like YA. I don’t know. I give up.

*Although I read it a year ago, so I don’t remember it very well.

What about when the first book in a series is younger than the rest of the series?

This is something I find when a series spans over a long period of time (6+ years), the first book often feels like MG, but the rest of the series is obviously YA.
But I don’t want to split up the series. Even though I don’t shelve my books by age or anything. I just don’t want them split up in my brain… It’s a bit silly, really.

For instance, one of my favourite series, Song of the Lioness , follows the main character as she becomes a knight. The first book takes place from the time she’s ten, until she’s thirteen or fourteen. So it’s younger, on it’s own, I would say it’s probably MG. The later books, however, are written for an older audience, they follow her from fourteen, into her early twenties. All of them are definitely YA.

So where does the first book go? Is it MG, or is it YA? I say YA, but I can’t really tell.

Have you read any of these? What age thingy do you think they fall under? What is the proper name for age thingies anyways? Are you incredibly indecisive like me?

Join 109 other subscribers
Follow Countless Words With Iris on WordPress.com